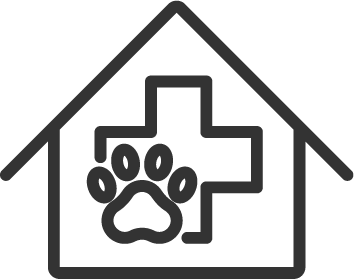 Although pet desexing is not compulsory, this measure does play a critical role in managing the animal population. Thus, if you have recently got a dog, whether male or female and do not want to be burdened with taking care of litter after litter of pups, it is highly advisable to take your animal to the vet for neutering or spaying. Take note, though, this measure is not only beneficial in terms of preventing accidental litters that would result in a multitude of unwanted pups.

What some furry parents are surprised to learn is that desexing offers both health and behavioural advantages too. To help you with this decision, the following article touches on a few of the behavioural problems in your dog that can be addressed with pet desexing.

Roaming away from the residence

Wandering is an intrinsic habit that dogs have and this stems from a need to mate. For male pups, catching a whiff of a female on heat will provoke them into trying to break loose from their leash or, if they are unleashed, to run off in search of the female. On the other hand, female dogs that are in heat will have an inherent desire to go off on their own in search of a mate every chance they get.

While this behaviour is natural, it is not safe for animal or people outside your property. For your pet, they are at risk of being abducted or, worse yet, being hit by a vehicle when running across the road. Conversely, your pet could endanger others, especially if your dog feels threatened, causing them to bite and this will result in dire consequences for you as the pet owner. To eliminate this intrinsic need to roam, it is best to take your pup to the vet for pet desexing.

Another intrinsic characteristic that dogs have, irrespective of sex, is being territorial. This is not limited to what they deem to be their homes, such as a favourite tree or their kennel and surrounding area. This show of aggression can extend towards their puppies, toys, food and more. While this may seem cute when your pet is a puppy, it can quickly transform into genuinely dangerous behaviour as they become older. If you have kids on the property, your dog stands the chance of causing grievous harm to your child if they encroach on the animal's territory.

It is also worth noting that aggression can become disproportionately worse when the animal is ready to mate. Rather than standing the chance of being terrorised in your own home, it is best to seek pet desexing services from your local vet as early as possible so that these territorial behaviours do not get the chance to become a deep-seated part of your pup's personality.